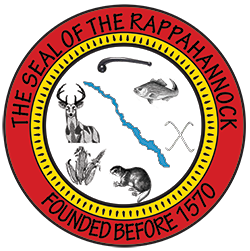 Northam is proposing $10 million to create the  Black, Indigenous, and People of Color Conservation Fund. The funding would be put towards conserving historic and cultural sites with importance to Virginia’s Black communities, Indigenous tribes and other racial minorities.

According to a release from Northam, legislation will be introduced in 2022 to attempt to make the fund permanent.

Click Here to read the full article from WAVY

Today, Governor Ralph Northam announced that his administration proposed a budget line item to include funds for land preservation of properties sacred and culturally important to the seven federally-recognized tribes in Virginia.

In Gov. Northam’s speech, he referenced the state’s past marginalization of communities of color and how this led to the destruction/deterioration of significant places that were, in the past, not included in Virginia’s history. I thank him and his administration for supporting our work to protect and restore the “Chief’s House” Project. It was the home of Chief Otho and Susie Nelson, who led the tribe through some politically, very tumultuous times, operated a tribal school and an apothecary for our community. Three generations of chiefs lived in that home, and it was the tribal headquarters from the 1920s to the early 1960s, covering some of our most cardinal contemporary histories. Our goal here is also to protect and restore the natural resources used to heal our people for millennia, which have been destroyed by pesticides and herbicides.

We are grateful for Governor Northam’s leadership and his heart for all people of the Commonwealth. He has sought ways to reconcile the injustices of Virginia’s past while bringing people together, creating a sense of inclusion and belonging for all to share his vision for the future.